Have you ever asked yourself, “Why do my towels smell after using them?” Towels are meant to get wet, but they aren’t meant to stay moist.

Your wet fabric will stay damp; whether you toss it in the hamper or leave it wadded up in a ball on the floor.

And what’s worse is, this might cause it to build up mold and smell, which is a significant health and safety hazard for your body!

Fortunately, we will discuss why some fabrics can develop a musty odor from just being washed in water alone, as well as tips and tricks that come along with them

Read on below to know more!

The Main Reasons For Smelly Towels

Encountering smelly towels isn’t as rare as you may think, and you’d be surprised to know that a lot of people have trouble dealing with this.

Fabrics are ideal breeding grounds for germs, and the reason for this is that the fibers are comprised of protein and carbohydrates, which is a great food source for microbes.

READ NEXT:  How To Dispose Of Patio Furniture? Complete Guide!

There are actually several causes of towel smells due to the growth of bacteria, and here are a few of them:

1. Leaving Your Towel in the Washing Machine

The most prevalent cause of stinky towels is leaving them in the washer.

When you fail to remove your fabrics from the machine after a couple of hours, they become incubators for microbial organisms to develop and grow.

Many individuals leave their towels inside the machine after washing without even checking on them since they’re too busy or occupied with other activities.

Keep in mind that your washing machine is frequently a warm, humid environment, which encourages the fast growth of germs, mold, and mildew.

2. Residue From A Fabric Softener

Many people love to use fabric softener due to their ability to make the cloth softer and smoother.

READ NEXT:  What Happens If I Leave Furniture in My Apartment? (Definitive Guide)

However, you should know that this product has a high amount of oil that can act as an agent for growth in your towels.

This is why it’s important to note that when you leave the softener on your towel for an extended period of time, it will make it stinky, and its smell can transfer to other fabrics in the house.

To wash and clean bath towels, we’ll need detergent. But did you know there is a risk associated with its usage if caution is not exercised?

When you use too much detergent to wash your luxury cotton bath towel, it will be hard to get rid of its traces, and it will leave a sticky residue.

The detergent can also make the towel feel rough or even scratchy when using it for your daily activities.

As the detergent residue on your towel accumulates, it also begins to attract dirt and bacteria. You can probably guess where this is going; It’s a stinky towel!

READ NEXT:  What Is the Cheapest Way To Fill Bean Bag Chair? Best Options!

Another thing that can result in a towel with a horrible odor is a dirty washing machine because if your washer is filled with bacteria, then it may transfer to your fabrics.

Washing machines are supposed to take away the dirt from our clothes. Still, through the process, they can also pick up the residue as well as oil from fabrics.

As a result, they will develop an unpleasant odor after exposure to water and bacteria.

Cleaning your washing machine regularly can help remove the odor-causing elements on its surface.

5. Leaving Your Towels Moist After a Bath

Leaving your towel moist after you use it is also a factor that can make it smelly.

The moisture creates an ideal environment for germs, resulting in bad-smelling bathroom towels. It also serves as a breeding ground for bacteria and mildew.

To prevent this from happening, you should place the towel on a hook or somewhere where air can circulate, and it has the chance to dry more quickly.

READ NEXT:  How To Get Rid of Mothball Smell in Furniture? Complete Guide

The Truth Behind Dirty Towels

Reading this section, we have provided you with countless reasons that could be the root cause of your dirty and smelly towels.

Now you have a handful of ideas why your towels are starting to smell.

Together with the tips and tricks, we have offered to you in this section, you can indeed prevent this unfortunate situation from happening.

Why Do My Towels Smell After Using Them Once and How to Fix It?

The main reason why a towel smell after using them once is because of failing to hang them properly.

When this happens, they retain moisture in them, which creates a bacteria breeding environment.

So how do we make our towel smell a whole lot better? Well, here are the top tips when it comes to properly hang your towels:

READ NEXT:  How To Clean Chenille Couches? - An Ultimate Guide

Use A Shower Cord

The shower cord is easy to install because of its adhesive back, and all you need is double-sided tape to stick it anywhere.

In addition, it comes with plastic clips, which make it easy to attach to hooks or nails on any surface.

It’s better to use than other materials like wood or metal because it’s waterproof. As such, they keep the towel from staying wet and allow them to stay fresh after use.

These are made of plastic and mesh to allow the air to circulate around the towel.

They come with clips so they can be easily attached to a hook or pole in your bathroom, for example, near your bathtub.

Place them Out in the Open

One of the best ways to ensure that your towels smell fresh after drying them is by keeping them out in the open.

This gives them ample airflow and prevents moisture from building up.

READ NEXT:  What Can I Use to Clean Wood Furniture? Complete Options!

This section has highlighted how improperly hanging your towels can be the cause of stinky towels, even if you’ve just used them once.

We also included some of the 3 best ways to hang your towels which are by using a shower cord, a shower caddy, and placing them out into the open to get some fresh air.

Why Do My Towels Still Stink After Washing Them With Detergent?

Towels can smell musty even after they have been removed from the washer.

Another reason why a towel may stink even after washing is because of the materials used in making it.

The Vinegar and Baking Soda Hack

White vinegar and baking soda are used in this approach to dissolve all the problem-causing accumulation in your towels.

READ NEXT:  Does Roomba Clean Under Furniture? Most-Awaited Answer!

Vinegar includes acetic acid, which aids in the dissolution of mineral deposits and other dirt that can contribute to the unwanted odor.

Baking soda also helps in the neutralization of smells while also dissolving grime and oil!

If you plan to do this, then follow these steps:

In this section, you have learned that the leading causes of a stinky towel even after washing is because of the towel itself. Since they are made out of synthetic fibers, they tend to retain moisture and dirt.

We also discussed a great hack to eliminate the stinky smell by using vinegar and baking soda. Both contain properties that aid in removing germs and dirt build-up that causes the unwanted smell.

READ NEXT:  What Can I Put Behind A Reclining Sofa? Best Options!

Read Next: Why Does My House Smell Like Cigarette Smoke?

“Why do my towels smell after using them?“, this is a question you won’t have to deal with anymore since you’ve read this article concisely.

This information will greatly benefit those who think that smelly towels cannot be fixed anymore.

With that being said, regardless of why your towels start to smell, the best approach is to find the best solution and work on it right away. Ever wondered if can you negotiate furniture prices at La-Z-Boy? Well, shopping for furniture can either be a great experience, or it can be a stressful experience.  You walk around the store looking for that perfect piece, only to take a look at the price and wonder if it is really worth it.  Have you… 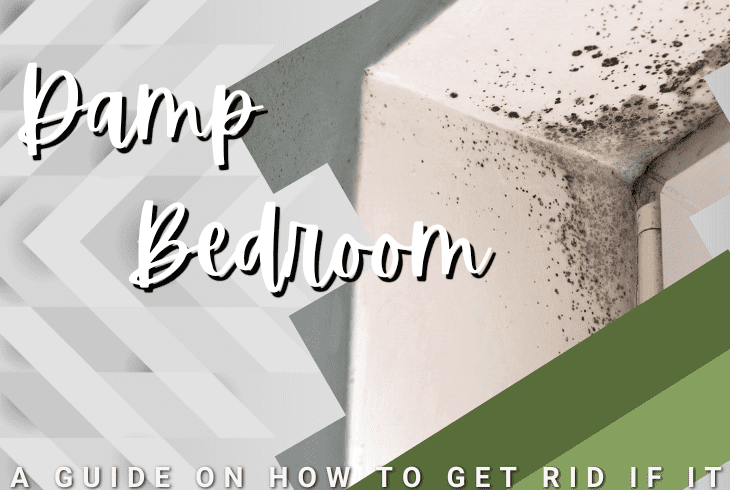 Damp Be Gone! No matter where you’re from, learning how to get rid of damp in bedroom is a chore. We all wish we could have a permanent vacation, especially if we live near the water like the dark and wet Pacific Northwest or hot and humid air in the South. A damp bedroom sets… A lot of people want to know, do you wash mattress protectors before use, or can you use them right away? I needed to learn this because I have tons of furniture, and I want everything to be perfect. So, in this guide, I’ll let you know all about the things I’ve found in washing… If you are a homeowner who values and is crazy about interior design, you must have come to the point where you wondered what are the best alternatives to bifold closet doors. Indeed, closets play a massive part in our daily lives, so it is vital that we pick one that’s best for us and… Well lucky you! In this article, I’ll be teaching you how to identify Milo Baughman furniture. Hi there! As a vintage furniture enthusiast or basically someone just looking to find good quality furniture. You’ve probably stumbled upon a remarkable antique furniture piece and wondered if it’s Milo Baughman? Milo Baughman was one of the leading…