If you are preparing to buy that one quintessential, beautiful piece to complete the look in a room, you may be wondering how to identify Paul Frankl furniture.

Or maybe you have inherited some furniture you would like to authenticate.

Before you drag yourself to Antiques RoadShow, we have compiled an easy guide to help you distinguish if your piece is an authentic Paul Frankl design.

There are several ways to identify Paul Frankl furniture. You can trust your seller, find a marking on the piece that identifies it, and research your piece in published books.

Paul Frankl became a household name in the 1950s and 60s.

His pieces are still highly sought after, which may lead you to wonder how to distinguish Paul Frankl furniture from other designers popular during the Art Deco era.

Paul Theodor Frankl was born in Vienna, Austria,  in 1886. After relocating to the United States in 1914, he became a set designer for the New York Theater Guild. Later, he moved on to furniture design.

In his early furniture design days, Frankl found inspiration in the celestial skyline of the city.

You’ll find pieces in his Skyscraper line that echo the height and defined corners of the buildings.

These wooden pieces include tall and stately bookcases, cabinets, and dressers.

The coffee tables and side tables are prime examples of Art Deco style.

Paul Frankl later moved to California, where he had a gallery on Rodeo Drive in Beverly Hills.

During this time, his style evolved from skyscraper furniture to relaxed, casual designs.

Pieces from this era typify the Mid-Century style. These sleek pieces were enjoyed by Hollywood celebrity clients such as Fred Astaire, Cary Grant, and Katharine Hepburn.

During his lifetime, he authored several books and became one of the foremost authorities on American Modernism.

The sleek lines and bold colors of the Art Deco and Mid-Century modern design era offered a breath of fresh air from the frills and ornamentations of Victorian times.

READ NEXT:  How to Get Rid of New Leather Smell? Complete Guide

Clothing and architecture reflect changes in society and culture. Humans have come a long way from animal skins and cave drawings.

Two schools of design stand out in recent history so much that pieces from that era are still highly sought after.

The visual style that became known as Art Deco originated in France in the early 20th century.

It captured the American imagination during the 1920s and 30s.

The Victorian-style had morphed and lasted for most of the 19th century.

READ NEXT:  What Can I Use to Clean Wood Furniture? Complete Options!

The modern family was ready to leave behind the highly ornamented and frilly style that had dominated design up to the turn of the century.

Flowing naturally from the Art Deco era, the Mid-Century Modern style continued with clean, linear designs into the 1950s and 60s.

You’ll find simple and functional wooden pieces with delineated edges. If this is the style you’re looking for, you may be wondering how to identify Paul Frankl rattan furniture as well.

Furnishings in the typical American home during this era reflected the needs and mindset of the post-WWII population.

They were eager for simplicity and functionality. The influence of Art Deco was already carrying them in this direction.

While Paul Frankl had a gallery in Beverly Hills, he also designed furniture for well-known manufacturers of the time.

READ NEXT:  How To Date Paine Furniture? Complete Guide

Two of these were the Johnson Furniture Company based in Grand Rapids, MI, and Brown and Saltman of California.

Operating from 1908 to 1983, Johnson Furniture Co. was best known for wooden bedroom furniture and library suits.

Many pieces bear the company marking. It consists of two concentric circles with the words Johnson Furniture Co. Grand Rapids, MI, between the lines. Three curved lines flow from the inner circle to meet at the center point of the logo.

If you have a Johnson piece from the 1950s or 60s, it was possibly designed by Frankl. You’ll have to delve deeper into the piece’s history to pinpoint the designer.

READ NEXT:  How Long To Let Paint Dry Before Hanging Pictures? - Complete Guide

Based in Los Angeles, Brown and Saltman used mass production and the minimal style of Modern design.

Paul Frankl was among their class of designers whose works were brought to life in the 1940s.

You’ll find a distinct logo on Brown and Saltman pieces. The company name in a script font overlays an art palette shape.

The right side of the logo bears the word California in bold all capital letters. As in the case of Johnson furniture, the piece will not bear Frankl’s name specifically.

A piece manufactured at that time could have been designed by him, but you need more research to know for sure.

How To Identify Paul Frankl Furniture

Now that you know some Frankl history and some design elements to look for, here are some strategies for identifying Paul Frankl furniture.

Looking online, you’ll see the vast price difference between an original Paul Frankl piece and one that is made in the style of.

READ NEXT:  How to Identify Milo Baughman Furniture? Complete Guide!

Buying from a reputable vintage and antique furniture seller will instill you with confidence that you are getting what you are paying for.

Well-known sellers have their reputations to think about and are not in the business of ripping people off.

When you find a logo such as a Johnson or Brown and Saltman, you are getting closer to finding the true origin of your piece.

Some items are also marked with manufacturer reference numbers that you can look up to authenticate your furniture.

Frankl wrote several books, and others have written about him. He truly helped to define the style of the mid-20th century.

You can purchase guidebooks for vintage furniture online or look for them at your local library.

READ NEXT:  How to Identify Henredon Furniture?

These guidebooks are full of photos that may help you identify your item.

While having an authentic, vintage piece of furniture sounds delightful, it may not be within your budget.

Dropping ten grand on a coffee table is not within reach of most household design budgets.

There are many gorgeous pieces from the Art Deco and Mid Century period that bring this style back to life without the hefty price tag.

If you are not looking to authenticate a piece you already own, you could opt to furnish your Modern room with an unauthenticated item.

This popularity will have you wondering how to identify Paul Frankl furniture.

Luckily, Frankl pieces have distinct markings, and with research and a trusted seller, you’ll be on your way to authenticating the design piece of your dreams.

READ NEXT:  What Happens If I Leave Furniture in My Apartment? (Definitive Guide)

Designing an Art Deco or Mid-Century Modern room is like a walk through American history.

The iconic shapes, vibrant colors, and bold lines bring brightness and a pleasant simplicity to a space.

Finding one or more original era items is like a crown jewel and many designers from the early 20th century remain popular today. Want to learn how to clean cast aluminum patio furniture so you don’t have to call on professionals’ help again? Don’t worry, I’ll teach you everything you need to know about it. Just like you, I’ve been in the search of the best and most effective methods of cleaning cast aluminum. So, I researched and… Can teak furniture be left out in the rain, or should it be sheltered to prevent wear? As an admitted teak lover, I had to find out if it’s fine for them to stay outside no matter what season – I don’t want to buy and buy furniture! So, I dug deep and learned all… Arranging furniture around the house seems like the most natural, intuitive skill to have but do you know how to mix and match wood furniture in bedroom? You buy something you like, and you find a place for it. How difficult could it be, right? A bedroom is probably one of the simplest rooms to… 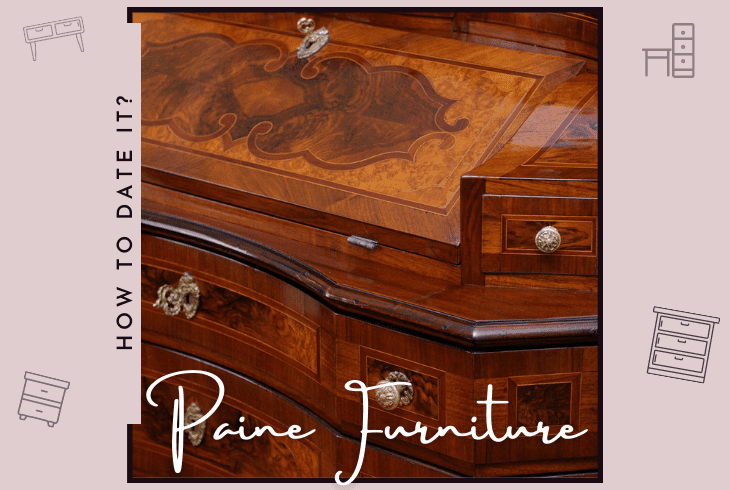 This article will show you how to date Paine furniture. You may have inherited a piece of Paine furniture (it sure looks ancient) but you want to have an idea about its exact age and possibly its value as well. The Paine’s Furniture Company, considered once to be the biggest furniture maker and distributor in… Can you paint over wood filler, or should it be vice versa? Wood filler is a reliable option to cover up pits and gouges or any holes that might be with the wood. At the same time, you have to apply paint on the wood and may well not know the protocol to follow. Can… 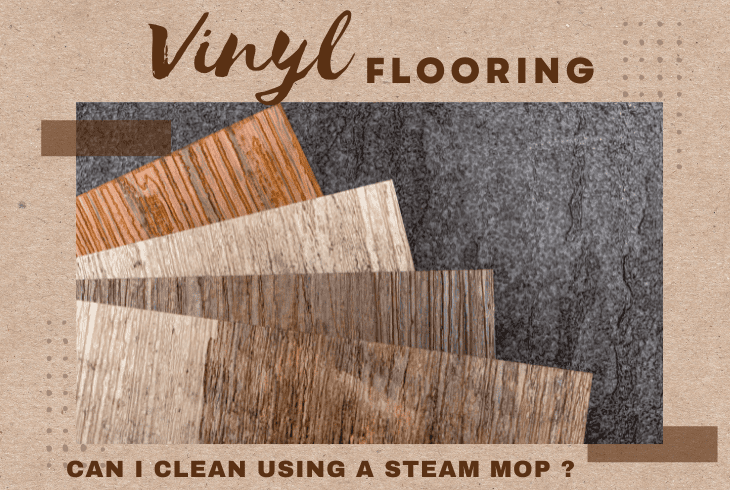 Can I use a steam mop on vinyl flooring, wondered the newly wedded wife. Is it safe for the floor? While sourcing for flooring solutions, to many, vinyl flooring has been favored because it is durable and elegant. Proper and preferential cleaning assures the flooring system’s durability. How we wash vinyl surfaces as well dictates…