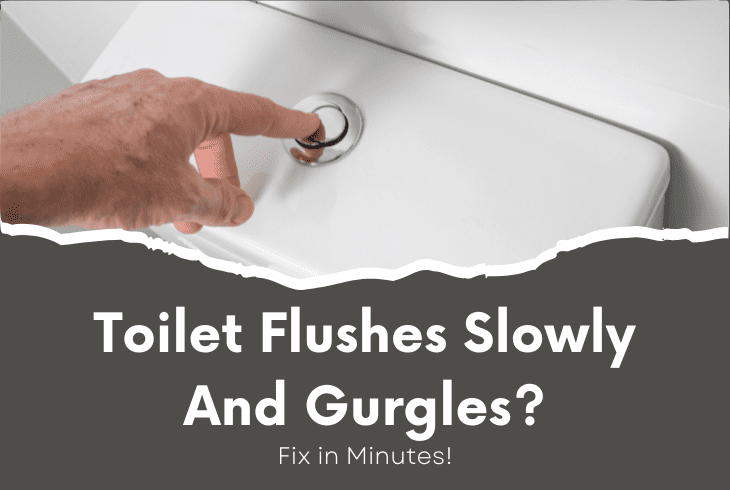 Whenever your toilet flushes slowly and gurgles, it is important to recognize that there are multiple causes.

This article explains why toilets might make gurgle/bubble and how you can prevent this from happening again!

Hiring a plumber is an ideal solution when faced with toilet problems. However, home remedies might work, especially if there isn’t a plumber available, or it would be more costly.

Gurgling and bubbling in the toilet aren’t always bad! Occasionally it just means that a blockage is forming or has formed in your pipes. However, if this happens frequently, then it could lead to more serious issues over time.

Other Reasons Why Toilet Gurgles and Bubbles

The gurgling sound is negative air pressure being created by the clog and the air pushing back from being forced through the line, in turn causing the gurgles.

READ NEXT:  Why Does My Bedroom Get So Dusty? - Things You Should Know!

Sometimes, you’ll also see bubbles when flushing after that happens, which means that there’s still some water left in the pipes.

Here are other reasons why your toilet is gurgling and bubbling:

Here are some ways how to fix this problem:

The first thing to do when your toilet flushes slowly and then gurgle is to unblock or unclog your toilet.

To unblock a bathroom, you can do the following:

READ NEXT:  How to Protect Outdoor Wood Furniture Easily!

Use gloves to remove anything that’s floating in the toilet bowl.

If the toilet plunger doesn’t work, plumbers will often use toilet augers to remove blockages that a plunger can’t remove.

How To Avoid Future Toilet Blockages

You may need to have a conversation with your household members on how to avoid future blockages.

While it’s okay to flush some wipes, other flushable wipes can clog up your toilet system and end up creating what is called a fatberg.

The clog will certainly form when you wash things that won’t promptly disintegrate. To avoid all this, don’t flush anything that won’t quickly break down in the water.

Unblocking the main drainage line to your house isn’t as simple as unblocking your toilet. The same things cause blocked toilets and drain line blockages.

READ NEXT:  Can Drilling Wood Cause Fire? Informative Guide!

These problems can cause negative pressure, gurgling, and bubbles.

Sometimes you’re upstairs will be fine if you have a downstairs block, and vice versa.

However, if you have a mainline blockage, the entire house may be affected, and sometimes plumbers may need to replace a few pipes.

How To Know Your Main Drainline Is Blocked

Once you’ve followed all the steps to unclog your toilet, try flushing it a few times.

The flush may stop filling when it usually would, and water will go back into the shower. Apart from the gurgling and bubbling, water may also flood your bathroom.

READ NEXT:  Does Command Strips Work On Textured Walls? - Things You Should Know!

When left unfixed, plumbing problems such as a blocked main line will become worse over time.

You must contact a plumber as soon as possible since you may not have the necessary unblocking tools.

The vent stack is the vertical tube leading to your roof, and it helps control your plumbing’s air pressure and releases exhaust gas.

But it’s meant to be an unblocked tube at all times, so water can’t go through it either. Water can’t flow freely into the pipes if there’s a clog in the vent.

When this happens, the water collects in the lines until they can’t hold it anymore.

After that it rushes back up through the drain and eventually to your toilet bowl, causing a gurgling and bubbling sound.

Plumbing vents can be blocked by any debris that falls, birds building their nest, leaves, and debris.

READ NEXT:  How To Clean A Stone Fireplace Front? - The Easiest Steps

An electric drain cleaner is a simple way to clear your vent shack. If that doesn’t work, use a plumber’s snake or electrician’s fish tape to open the drain and clear out debris.

Unclogging a clogged drain often might be as simple as climbing a roof and finding the blockage.

However, calling a plumbing company is necessary if it is not an easy fix.

The S-trap exits the toilet and connects to the sewer pipe. If your toilet clogs, it could be a sign of a full blockage in your S-trap.

It helps prevent those less-than-pleasant sewer gasses from backing up into your home.

On the other hand, if you have a partial blockage, it may not become apparent until the toilet fully clogs.

READ NEXT:  How To Restore Composite Decking? - Complete Guide

These partial blockages can remain even after the main clog is cleared.

As a result, your bathroom may stop more often than normal, producing gurgling and bubbling sounds.

To clear a partially blocked S-trap, you’ll need a toilet auger or a plumbing snake since the plunger won’t work.

You can pull the partial clog or push it through to the main drain.

One of the last possibilities for a toilet gurgle is that a municipal sewer line clog is blocking the water flow.

However, if you’re noticing other problems with the plumbing system, this generally indicates a different issue.

It’s worth noting that unblocking the main drainage is a different situation compared to simply unclogging your toilet.

When the main drain is blocked, it may affect several households in an area. It may therefore require a collective effort from your neighbors.

Aging sewer systems are one of the main causes of blockages and sewer problems in most cities.

READ NEXT:  Why Is My Tile Floor Sticky After I Mop? - Get Rid of Stickiness!

As sewer pipes age, they become clogged, and the city may need to replace them.

Talk to the relevant authorities to either repair or replace the system to avoid future inconveniences.

Other Causes of Gurgling/Bubbling Toilet

Low-flow toilets are increasingly common since they use less water and can last for more than a decade before needing to be updated or replaced.

If your toilet flushes slowly and gurgles, it may be because the power of the flush is not enough.

It, therefore, won’t toilet paper or waste completely through the S-trap or P-trap and into the drainpipe.

To prevent this from happening again, try flushing a small amount of toilet paper at a time when using your existing toilet.

Homeowners in places like Southern California experience hard water from time to time.

After years of build-up, hard water blocking your toilet will cause gurgling since is very little space for stool to pass.

READ NEXT:  How To Get Air Conditioning From One Room To Another - Top Hacks

It results in white residue forming on shower heads and bathrooms, which is difficult to remove.

Your plumber may suggest flushing the toilet system with a solution, but installing a water softener is the most effective long-term solution.

Generally, to fix a plumbing blockage causing toilet flushes slowly and gurgles, you’ll need a plunger in most cases.

If the problem is much more serious, you’ll have to call a plumber with the right tools. Some go as far as sending a camera down to pinpoint the exact location of the clog.

Your toilet blockage may require digging in order to empty it properly. That is not something you will want to do yourself.

If you think your drainage problem is your neighbor’s fault, talk to them. If they’re experiencing similar problems, you should call the appropriate authority in your area. 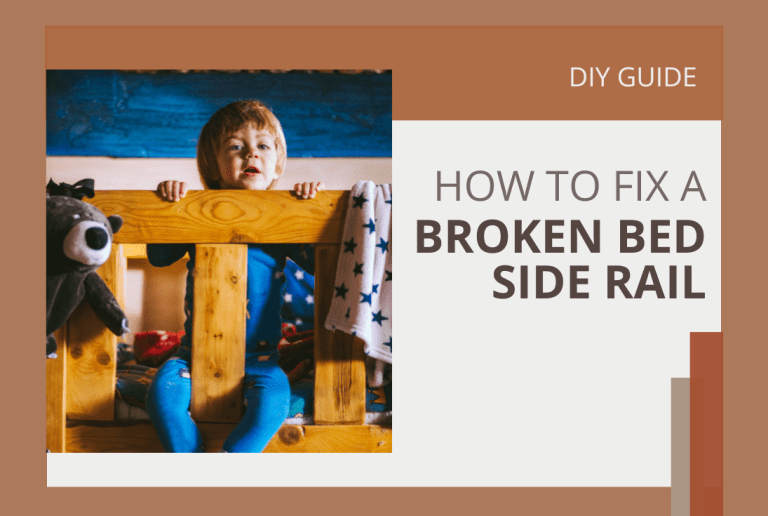 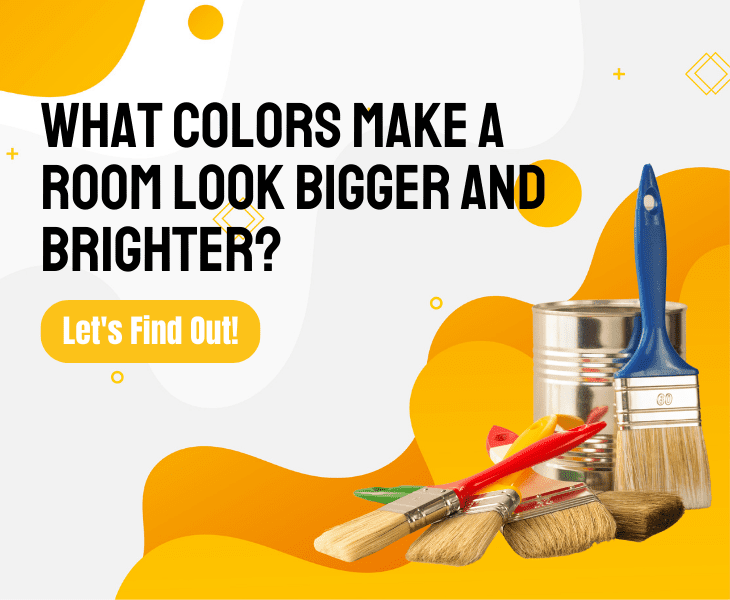 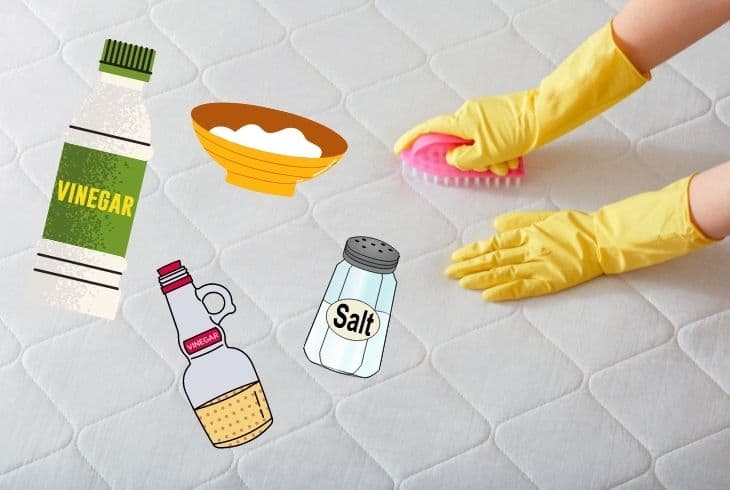